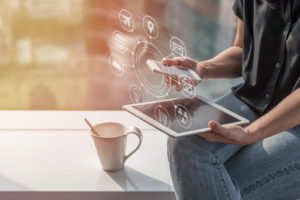 With all the recent tax shakeups, more and more small businesses are thinking of leaving behind sole-proprietorship and moving to S-Corporation status. First, let’s look at what an S-Corp actually is.

An S-Corp isn’t actually a business structure. Instead, it’s an alternative taxation option to corporations (C-Corp) and limited liability companies (LLCs). If you’re a sole proprietor, you first must choose one of those two entities before filing an S-Corp election. It’s not a difficult process, but working with an accountant or lawyer is advised.

However, the real reason you want to talk to an accountant is to determine if choosing the election is right for your business. There are many variables to consider, and you need someone who can help you see all possible scenarios.

So what are the benefits of choosing an S-Corp election?

This is far and away the biggest benefit people see. While the profit of an S-Corp flows through to the owners, it is not subject to self-employment tax. That’s because the profit has been structured as dividend income instead. Only the actual wages and salaries paid to owners are subject to self-employment tax, which often results in tax savings for individuals. However, owners of the S-Corp must comply with the reasonable compensation idea outlined by the IRS (more on that in my next post!).

While becoming an S-Corp doesn’t actually reduce your liability, forming the LLC (or corporation) before choosing the S-Corp election will. Unlike a sole proprietorship, members of an LLC are not personally liable for company debt (in most cases – there are circumstances where creditors can pierce the corporate veil).

What are the downsides of choosing an S-Corp election?

As a sole proprietor, you report your income on your personal tax return (1040). You likely pay a fee for your accountant to prepare Schedule C for your sole proprietorship, but it’s simply part of your return. An S-Corp files an entirely separate return (the 1120S) so you’ll be paying your accountant to file two returns instead of one. This usually doubles your tax prep fees, though it may cost even more than that as the costs of preparing 1120-type returns are usually higher than personal returns.

As an S-Corp, you must run payroll regularly. That means formally paying yourself and other owners, reporting in a timely manner, and paying payroll taxes. It’s also important to note that the penalties for not paying payroll taxes are steep – especially compared with those of not making estimated payments.

There are several aspects of the S-Corp election that vary by location. The fee for an LLC varies widely. In some states, it’s around $100, while it’s closer to $1,000 in others. States also tax S-Corporations differently. So there could be two businesses bringing in the exact same profits, but as they are located in different states an S-Corporation election might benefit one but not the other.

There are some calculators out there that help you get a quick overview of what your tax position might be as a sole proprietor vs S-Corp. But at the end of the day, a calculator can’t tell you whether or not you should choose an S-Corp election instead of staying a sole proprietor. If you don’t already have an accountant, hire one to help you make an informed decision.

You’re Not an LLC! 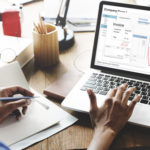 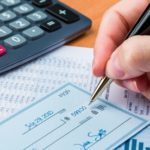 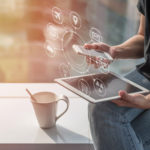 With all the recent tax shakeups, more and more small businesses are … END_OF_DOCUMENT_TOKEN_TO_BE_REPLACED

It's that time! The deadline to pay your fourth estimated tax payment … END_OF_DOCUMENT_TOKEN_TO_BE_REPLACED